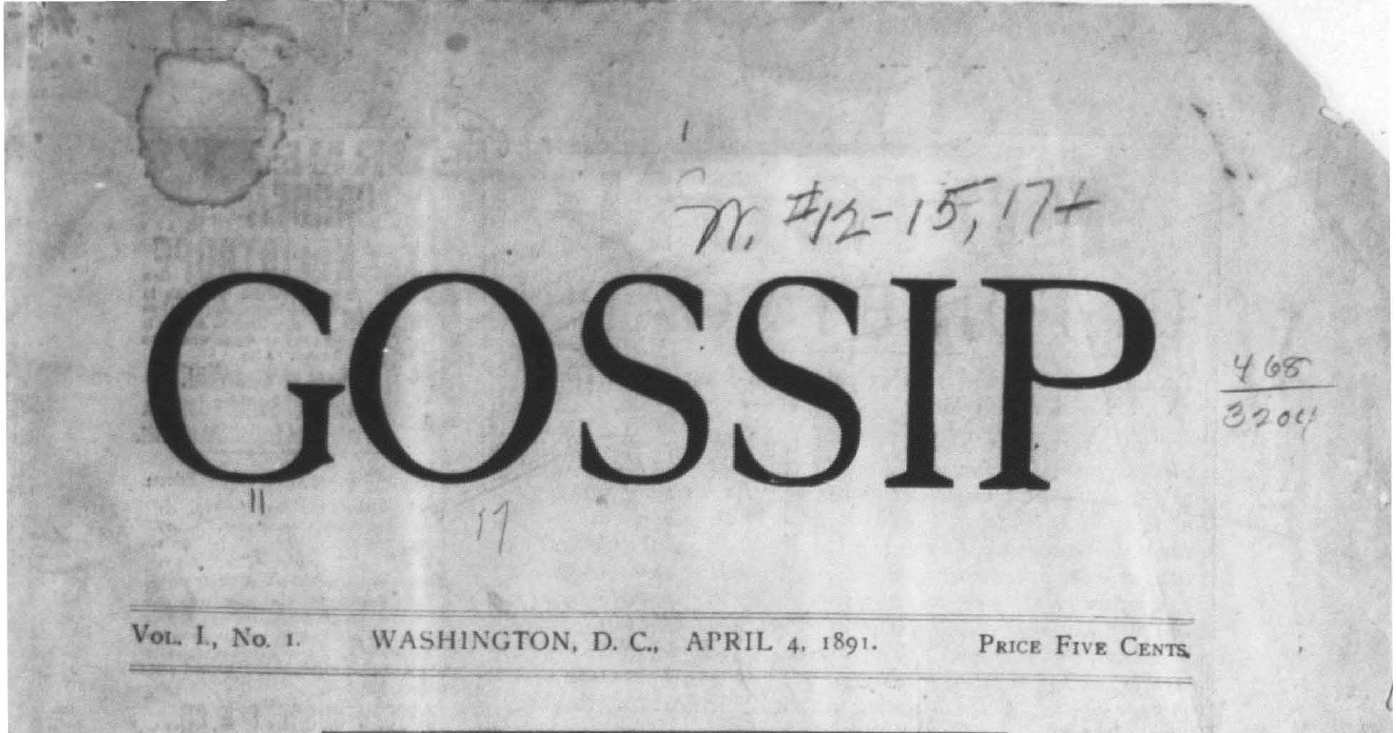 Late 19th-and early 20th-century US-American culture is characterized by crucial changes in the conception of privacy, publicity, speculation, and risk, many of which still influence our understanding of these terms today. This literary and cultural studies research project asserts that a hitherto neglected form of knowledge production and circulation, namely gossip, provides an insightful lens through which to address these issues. Analyzing realist fiction as well as commercial publications and private individuals’ life writing, it therefore seeks to answer the questions of what and how gossip knows, and what this knowledge is worth. Its focus on women adds crucial insights to existing scholarship by looking at individuals who – in contrast to those usually assumed in scholarly and contemporary discussions of the above-mentioned transformations – inhabit the supposedly secluded private sphere and whose legal status is often precarious. The project claims that as women are unable (or at least limited in their ability) to participate in the marketplace, their private lives become themselves ‘economic’ and many women become speculators in the stock of their own marriageability and other forms of social capital. In this constellation, gossip – as the seed of rumor and scandal, and as a source of otherwise unavailable or unshareable knowledge – emerges as a prime commodity.

This project thus enhances our understanding of gossip as an article of trade in the late 19th century beyond its relevance for emerging yellow press magazines by underscoring gossip’s use as social speculation with financial stakes. It further specifies gossip’s epistemological status and potential for knowledge dissemination and connects these insights to realist fiction’s narratological strategies for dealing with new cultural contexts and aesthetic demands. Building on and complimenting the analysis of gossip’s economy and epistemology in literature, the study of gossip’s traces in primary material at archives in the US (e.g. Library of Congress, New York Public Library) opens new perspectives on women’s (individual and communal, secret and shared) strategies in dealing with socio-cultural forces of financial speculation, risk management, and the re-evaluation of privacy. Furthermore, this research illustrates the circulation of gossip as a practice with which to approach uncertainty and uncertain knowledge within the domestic sphere. It therefore investigates gossip’s value as a historical knowledge that differs from what Peter Burke calls the ‘explicit,’ ‘pure,’ and ‘universal’ knowledges of the sciences and institutions. Through this shift to a source of knowledge considered illegitimate, biased, or partial, this inquiry into turn-of-the-century US-American literature and culture complicates the assumed dichotomies between public and private / domestic and economic, which ‘official’ documents insist on, and advances our understanding of narrative strategies in realist fiction.